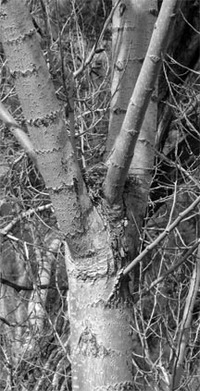 What a glorious day. While making my coffee this morning, I noticed
a robin sitting on a branch with thatch of grass in her mouth. She
looked around cautiously to see if it was safe to pursue her path and I
watched as she flew to a tri-branch poplar tree, right outside our
window. I stood transfixed as I watched her place the grass in just the
right spot. Then she hopped into the nest and wiggled around until she
felt just the right amount of comfort.

In 47 years, I can’t remember being so touched to witness such a
small yet meaningful moment, something that happens everyday in some
way. What I realized is that in my half-awakened state, I had slowed
down enough to notice this primal ritual. It was a wonderful reminder
that when we are still and quiet, we can listen and more importantly
“hear” the intuitive messages inside us. Like the robin creating her
nest, we too have the inner wisdom to know what is truly right for us
at any given moment.

I knew this was sacred land the moment I saw the backyard, but I had
no idea how safe it would feel for wildlife, as all kinds come to
visit, stay awhile and clearly feel at home. The first fall we after we
had moved in, I looked out the window and there was a full size buck
with horns ablaze, nesting on a small circular piece of the property.
There he was, curled up right under the peace flags I had hung to bless
our new land. He stayed the entire day, knowing he was safe here during
hunting season.

Last week, for two days, a small yearling deer nested in the brush
outside my studio window. She stayed two afternoons while clients came
back and forth down the path. When the first two came down the path,
she stood up in alarm, but once she knew she no harm would come to her,
she would simply glance up with each new person, twitch her ears and
continue chomping her food. I was worried about her, since she seemed
to be alone, but after two days she had moved on, hopefully to find her
herd.

Late winter last year,we had a black and red fox mating just below
our living room windows and the neighborhood cats all seem to hang out
here and not in their own yards. The cats leave gifts outside my studio
door-which I know they love to do-but I am not necessarily a cat
person, so I find it quite funny. One of my clients said, “It’s because
they know you are the neighborhood witch!”

The robin signaled yet another day of healing for me, as Carole
Levine was coming in to Beaver Creek and I had made plans to meet her
there. I had not seen her since Bob’s death in the towers and she had
no idea about piece I had created in tribute to him and the victims of
9-11 on the first anniversary, while I was in Floris Lake, Oregon. I
could never have imagined sending the images to her, without somehow
being in her presence. It felt too raw, so I made a slide show
presentation of the photographs, before I left to share with her during
our time together.

We all went for lunch and then after lunch Carole and I were alone.
On the bus ride back to the condo, I told her that I had made her
something. I told her about the trip and that my gift was in reference
to Bob’s passing. She shared with me more about the story of her time
after 9-11. The experience finding out about it on the Grand Canyon and
that recently through DNA, they had found a bone fragment that
confirmed and finalized his death that day. She shared the closure that
happened as a result of the discovery and the knowledge that many
people have not had that kind of closure to date.

When we arrived at the condo, I played the slide show for Carole and
her friend Judy. I held Carole’s hand as I sat in witness to the impact
that the piece had for her. The 3 of us sat on the couch, crying, the
emotion of the experience as if it was happening at that moment. I had
been nervous to show her what I had done, never intending when I
created it, that I would ever share that with anyone. It had been
created for my own personal healing and in the end, I too was given a
gift, to witness the effect that my art could have on another human
being, Bob’s sister. After watching the slide show, Carole thanked me,
saying it was the nicest gift that she could remember getting in her
life. In retrospect, I honestly think I I was somewhat stunned to have
been witness to the effect that small moment in time had on her, yet
like my moment with the robin this morning, it was yet another reminder
of those simple random acts. They are actually huge. I think some part
of me honestly could not take it in, but I feel the depth of it now as
I write, and I will hold that precious moment forever in my heart.

In the end, the gift was returned to me one hundred fold.