Branch of Hope and Intention 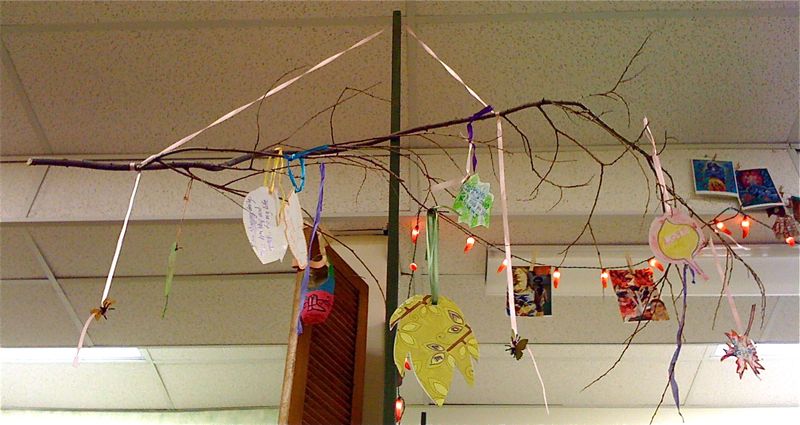 Last night we held the Introductory Evening for Living with Cancer: Visions of Healing and Hope.  It was a truly an honor to sit in a sacred circle listening to stories of courage, determination, hope.

Tears were shared as fears and concerns were released, yet there was also laughter, as the women found humor in the midst of their dark nights of the soul. It was the laughter that touched my heart the most.

Although I have had many friends who have struggled with this seemingly rampant disease, I have not personally been impacted by cancer. As one of 3 women in the circle, who has not had a diagnosis of cancer, there was a part of the road I could not walk with them to some degree.

My co-facilitator Diane Kenney who is recently out of treatment, was able to hold that space and was interestingly the one who opened the circle to laughter. I sat in awe as I watched this beautiful woman, short sassy hair, living her dream…a dream of giving back to others, in recognition of love, support and tender care she received during her time in treatment. All without any prior experience in facilitating a group! Diane spoke from her heart and her personal experience and she held the sacred space for the women to share openly and honestly, leading by example. I was in awe.

In the photo above, you see the branch of hope and intention we created as a group last night. Each leaf holds a word of hope and an affirmation for the next 6-months. It hangs in the studio, a reminder of our evening and our hopes and intentions for Spring…